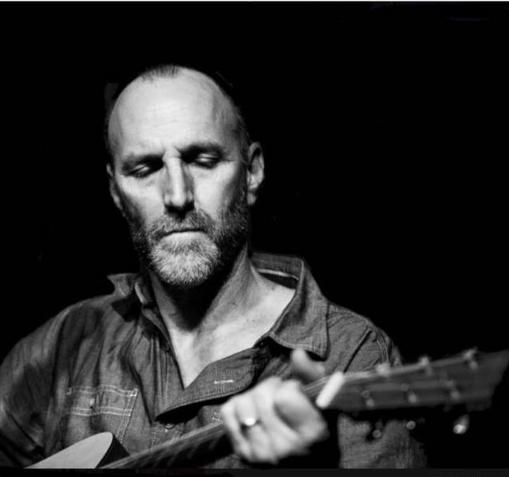 “Thinking man’s roots music, that’s what Nathan Hamilton & No Deal have been playing in unjust near obscurity for years. Hamilton’s lyrics zing close to the bone like a knife-throwers blade."

“Nathan Hamilton is a truly unique singer-songwriter with a fine voice and songs that are both thought-provoking and entertaining.”

"These are the songs of a man who is thinking long and hard about the passing of time, the intimacies we cherish and the connections we lose with each calendar turn, and the memories we leave behind. Hamilton wastes precious few words, delivering songs of compact precision that dramatize the honesty at their core. He has arrived at a destination many songwriters set off for but few reach: bold, stark, simple and beautiful truth."

" Singer-songwriter Nathan Hamilton knows a little something about range, lyrical and musical. A fearless songsmith, an accomplished visual artist and a stand-and-deliver performer, Hamilton can, and will, do front-porch country, rock ’n’ roll and alt-folk. "

"His first solo turn, Tuscola, had its inspired moments, but nothing in his past could have prepared us for these 11new songs filled with empathy, stick-in-your-head melodies, and unremitting spirit.  All for Love and Wages is a healthy helping of new American roots rock."

Nathan Hamilton is a multidisciplinary artist based in Austin, Texas. As a singer songwriter he has been performing professionally for more than 25 years. During that time he has released six solo albums and two as a member of the Good Medicine Band (aka Sharecroppers).  He was a winner of the New Folk Award at the 2000 Kerrville Folk Festival and a Top 5 Finalist for Best Americana Song in the 2008 Independent Music Awards. Nathan has toured extensively throughout the US, Europe and Japan and in 2012 was selected as an official musical ambassador for the City of Austin as part of its Sister Cities program.  Nathan composed the score for the independent feature film "Fugitive Dreams" and has written original music for videos produced by the homeless outreach group, New York City Relief.

Nathan is a studied visual artist as well and regularly shows work in both solo and group shows.  Most recently he exhibited a one man show at the Center for Contemporary Art in his hometown of Abilene,Texas. In 2019, Nathan released "This Engineless Hour" a collection of poetry and photographs.

"Hamilton planted his feet firmly as one of the next great Texas singer-songwriters. His gift lies in his ability to paint vivid stories through song."

"Hamilton specializes in lyrics that expose the raw emotions and feelings of characters and the situations people find themselves in. Almost haunting the listener with a stark reality is what sets Hamilton apart from the rest of the singer-songwriter crowd, and the gritty rock edge that sharpens All for Love & Wages merely adds a new layer of complexity to his craft."

"Tuscola is an Americana gem. "

"Like Robert Earl Keen and Slaid Cleaves, Abilene native Hamilton excels in capturing little desperate slices of life.  He's best when delving into the messy lives of sad sack protagonists. Hamilton aims for the kind of dark majesty on many of Townes Van Zandt's most vivid compositions."

"In a word, damn. Austin’s Nathan Hamilton was always “good”- good in the way you would hope any singer-songwriter with a Kerrville New Folk win to their name would be. But who knew he could be great? That’s not meant as a backhanded compliment; it’s just a real (and welcome) kick in the butt when an artist you think you’ve got all sized up throws you off guard by quietly releasing a record that rocks on the level of Six Black Birds. By the time Six Black Birds winds down to its closing grace note, the acoustic guitar strum and quietly reflective tone of “Hanging On” feels like a deep sigh after surviving a thrilling knife fight."